The gatehouse, with its 44-meter-long entrance passage, was formally incorporated into the 175-meter-long town walls that crossed the peninsula and is one of Mahdia’s most impressive architectural attractions. 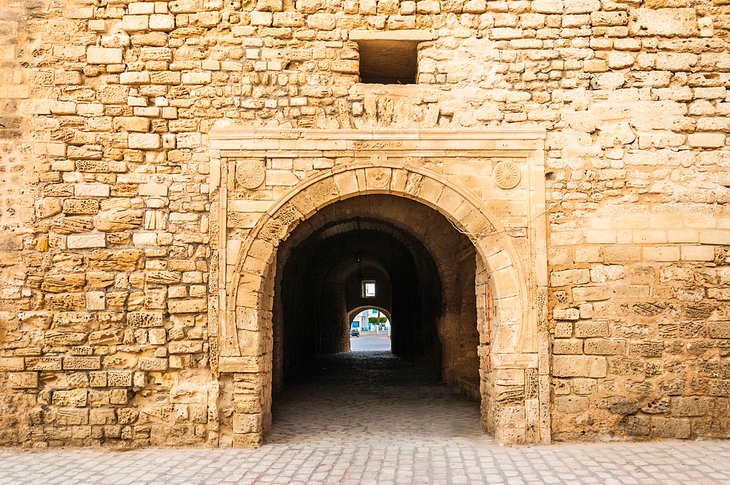 The present gate is not the original Fatimid structure, having been rebuilt in 1554 using stone from the Fatimid fortress after the Spanish destroyed Mahdia.

Of the original round towers on polygonal bases, which stood at the north and south ends of the wall, only stumps at the north end remain.

From the roof of the gatehouse, tourists can enjoy fine views of the medina, extending to the tip of the peninsula. The steps leading up to the roof are on the inner side of the gate.

The gate leads into Rue Obeid Allah al-Mahdi where there is a small covered souk. On the opposite side of the street is the entrance to Dar el Himma, a former mosque that houses a small silk museum.

The mammoth square hulk of the Bordj el Kebir sits just a short distance along the seafront from the Great Mosque.

Built-in 1595, this grand fortress is commandingly situated on the peninsula’s highest point and is the town’s most recognizable attraction.

This was also the site of an earlier 10th-century palace built by Obeid Allah al-Mahdi when he founded the town, though nothing is left of this building except a few fragments of masonry from the original entranceway. 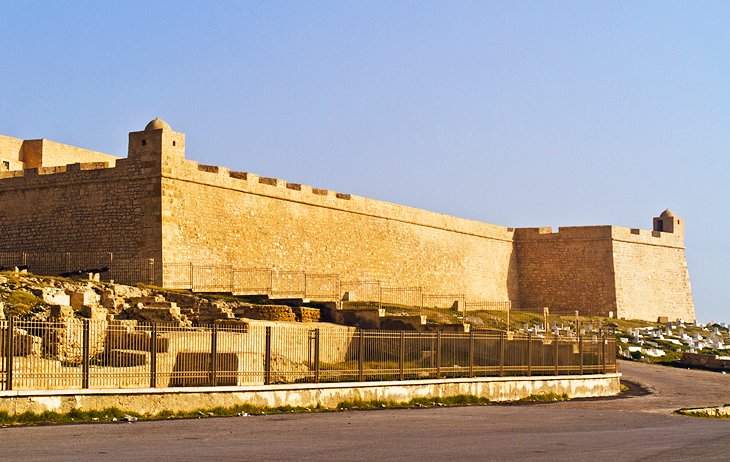 Built-in CE 921 by the founder of Mahdia, Obeid Allah al-Mahdi, this was the first Fatimid mosque modeled on Kairouan’s Sidi Oqba Mosque. 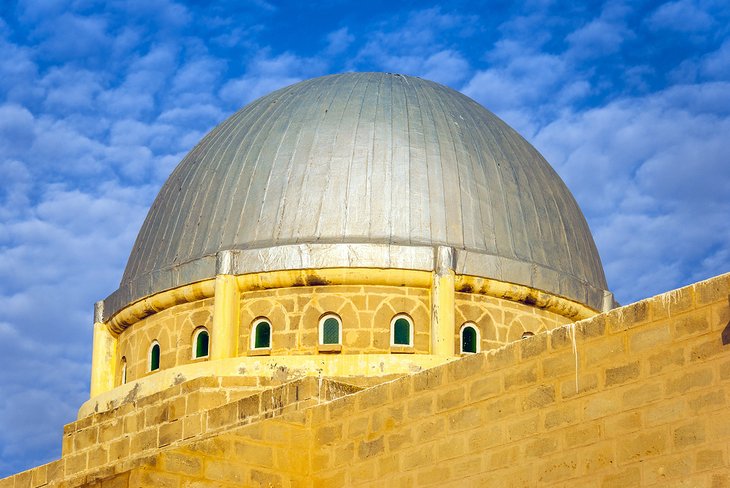 Originally the Great Mosque was connected on two sides with the town walls, but when the Spaniards destroyed the fortifications, the mosque suffered severe damage as well. Only its north front face survived the attack.

The building that replaced the original mosque was found to be near collapse during the early 20th century and was pulled down in the 1960s.

Mahdia is only 43 kilometers northeast from El Jem so it’s the nearest coastal resort town to visit El Jem’s mammoth amphitheater, which is Tunisia’s most famous Roman ruin. 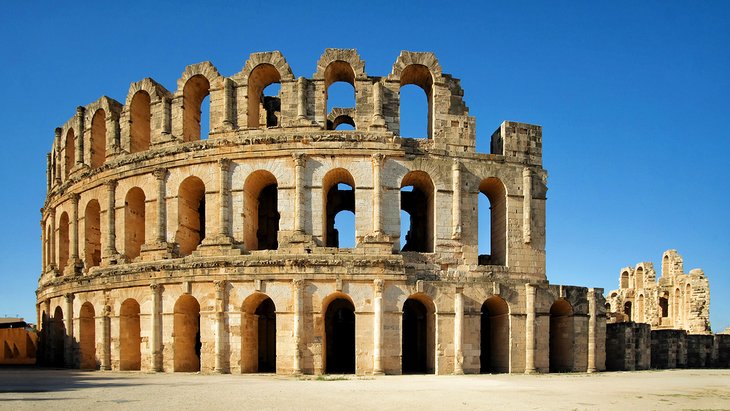 Mahdia is Tunisia’s best spot for underwater exploration, and fans of wreck diving won’t be disappointed. 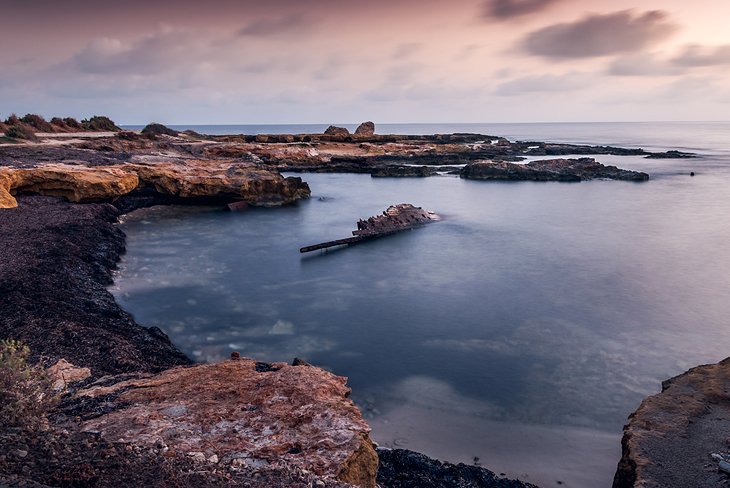 In 1907, sponge divers off Cap Afrique discovered the wreck of a Roman sailing ship sunk in 86 BCE – thereby proving the harbor had been used from the classical age. Its cargo, which included dedicatory reliefs from Piraeus and large numbers of marble columns, showed that the ship came from Piraeus (now part of modern Athens in Greece).

A wander here is the perfect way to soak up the seaside character of this quaint town. 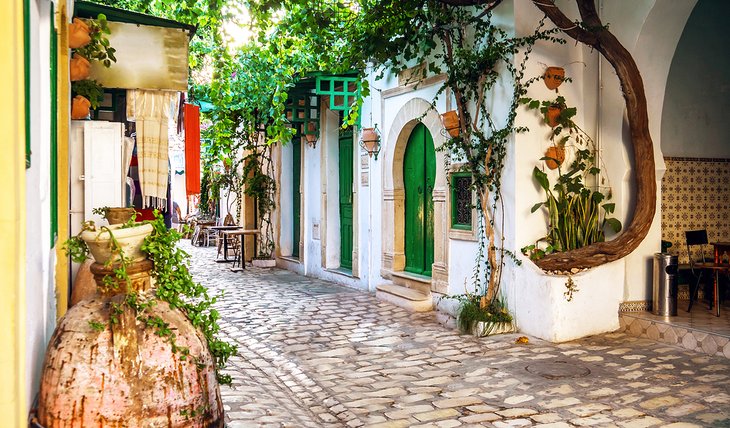