The promise of deep learning in multimodality medical image analysis

This talk presents the fundamental principles and major applications of artificial intelligence (AI), in particular deep learning approaches, in multimodality medical image analysis research. To this end, the applications of deep learning in five generic fields of multimodality medical imaging, including imaging instrumentation design, image denoising (low-dose imaging), image reconstruction quantification and segmentation, radiation dosimetry and computer-aided diagnosis and outcome prediction are discussed. Deep learning algorithms have been widely utilized in various medical image analysis problems owing to the promising results achieved in image reconstruction, segmentation, regression, denoising (low-dose scanning) and radiomics analysis. This talk reflects the tremendous increase in interest in quantitative molecular imaging using deep learning techniques in the past decade to improve image quality and to obtain quantitatively accurate data from dedicated combined PET/CT and PET/MR systems including algorithms used to correct for physical degrading factors and to quantify tracer uptake and volume for radiation therapy treatment planning. The majority of AI-related works in the literature report on single-institution efforts under controlled conditions (e.g. diversity of patient population or image quality). The challenge of performance/bias assessment of AI approaches under realistically diverse conditions (e.g. multi-centre studies) warrants further investigation. The performance of AI algorithms depends largely on the training data used for model development. As such, the analysis of risks associated with the deployment of AI-based methods when exposed to a different test dataset to ensure that the developed model has sufficient generalizability is an important part of quality control measures that need to be implemented prior to their use in the clinic. Novel deep learning techniques are revolutionizing clinical practice and are now offering unique capabilities to the clinical molecular imaging community and biomedical researchers at large. Future opportunities and the challenges facing the adoption of deep learning approaches and their role in molecular imaging research are also addressed. 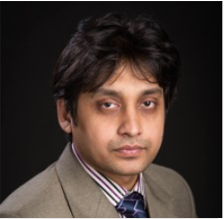 The 4th industrial revolution and its most likely future impacts

During the last years, two main factors have led to an inflection point in the global economy of the whole word. The first factor is related to the explosion of data, mainly the part of data that is being stored in the cloud due to the accessibility of internet and the emergence of few large storage hubs like Google, Facebook and Amazon, etc. The second factor is related to the important advances in the silicon interconnect technologies, which allow a huge and very wide bandwidth for processor – memory communications. These two factors were behind the appearance of the Artificial Intelligence technology to the forefront. This technology coupled with other technologies, such as 3D printing, IoT, 5G, have given rise to the 4th industrial revolution.

In this plenary session, we will cover the history of industrial revolutions and we will focus in particular on the 4th one and try to list few of its most likely future impacts. We will also cover in our talk main support of these revolutions which is the parallel path of the important evolution of the electronics industries. 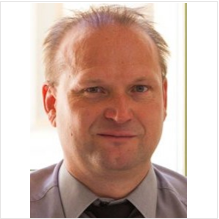 Directed or undirected graphs are the most natural way of a mathematical description of interacting agents. The vertices of the graph can hold information about the agent, while the edges represent their spatial structure. Such a model is particularly useful if the agents are described by a game-theoretical framework. Then the vertices represent the strategies which each agent employs, while the edges serve as the spatial interaction. Such a description also integrates dynamics as the agent’s strategies as well as their interaction may change over time. In the talk recent results on game dynamics on graphs are presented and possible field of application for systems and automation are discussed. 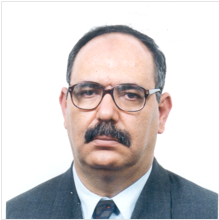 Bifacial photovoltaic (PV) is a promising solar energy technology that can harvest light from both the front and rear sides to produce more energy yield than monofacial PV modules. The inherent capability to harness albedo radiation improve energy output and minimize the negative of the surrounding effect. Bifacial modules are applied for large PV plants as well as for residential, for building integrated PV applications and can open up new PV application opportunities like in sound barriers or other vertical installations. The East/West vertical mounting of PV systems reaps particular benefits in snow-rich regions (no sticking of snow) or desert locations (reduced or no soiling), and contributes to a more consistent energy production throughout the day “peak-shaving”, thus improving the alignment between electricity production and demand. Recently, a significant endeavor has been made to quantify and predict the energy yield of bifacial PV modules for different installation configuration such stand alone, PV plants, east and west orientation. An obvious way to visualize the benefit due to bifaciality is to analyze the bifacial gain, which is the difference in the energy yield if bifacial, and monofacial devices with similar installation situation were compared. The levelized cost of PV generated electricity (LCOE) comparison between both bifacial and monofacial technologies for the utility large scale, ground-mounted PV systems has concluded that bifacial PV technology has a strong potential to significantly reduce the LCOE of PV generated electricity.

SMART GRID AS THE NEXT ENERGY PARADIGM

The integration of renewable energy resources and energy storage into the smart grid is associated with power electronics converters and involves many aspects, such as: efficiency, reliability and energy conversion cost, forecasting of energy production, safe connection to the electric grid and the capability to work in islanded mode. Advanced control and data utilization are essential for the success of this energy paradigm.

The talk will discuss the possibility and challenges of creating the smart grid paradigm and will highlight its enabling technologies, current status, and future prospective. 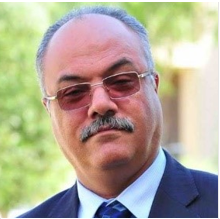 Integration of Electric Vehicles in a Smart Grid: Challenges & Opportunities

Recently, the Electric Vehicles’ (EVs) market has witnessed significant growth and is expected to grow even faster in the next decade. This is becoming a challenging problem for the electric utilities in managing their power grid efficiently. Every grid system uses to be designed to fulfill a given demand and that’s what engineers take into account when dealing with it. Therefore, any excessive and unmanaged increase of demand caused by EVs integration in the grid without proper increase of generation capacity couldn’t be accepted without violating some design safety margins. With the development of smart grids, the challenges brought by the integration of EVs into the power system could be solved and can even bring more opportunities to utilities to respond faster to the intermittency of renewables and will allow for large penetrations of these renewables into the grid. Indeed, EVs’ large battery storage capacity could be used by the utilities to stabilize their grids during sudden fluctuation of the load or generation. This presentation will present these challenges and opportunities provided by the large integration of EVs into a smart grid.

IoT, AI, and Big Data in a pandemic era

The Internet of Things (IoT), Big Data, and Artificial Intelligence (AI) have been proven to enhance many aspects of our life including economy, healthcare, security, education, etc. The recent outbreak of COVID-19 pandemic has demonstrated how these technologies are needed more than any precedent time and how they have impacted and will impact every aspect of our society. This talk will emphasize on the role that these technologies are expected to play play in a pandemic world, and the impact that they will have not only on the health sector but also on individual lives (through smart home technologies for example), education (e.g., remote learning and remote labs and testbeds), transportation (intelligent transportation systems), economy, governance, security, etc. Finally, the technical challenges and requirements of these technologies, as well as some results and demos from the IoT Lab at Carleton University will be presented and discussed.