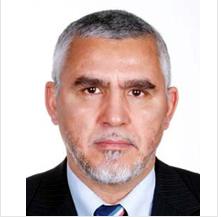 The Least Mean Fourth algorithm: A Myth or Reality?

Adaptive filtering is a topic of immense practical and theoretical value, having applications in areas ranging from digital and wireless communications to biomedical systems. Adaptive filters are dynamic system whose parameters are adapted according to some criterion to meet certain requirements. Among the popular adaptive algorithm are The Least Mean Square (LMS) and The Least Mean Fourth (LMF). The LMF algorithm is known to perform better than the LMS algorithm in the case of non-Gaussian noise. Thus, it is more suitable in most of real life applications as the practicing environment is found to be non-Gaussian in most of the cases. Moreover, it has been shown that the LMF algorithm can outperform the LMS algorithm even in Gaussian environments when initialized far from the Wiener solution. However, there are some challenges with the implementation of the LMF algorithm such as stability, optimality between the convergence time and the final steady-state error, and its implementation for sparse system. For this reason, there exist many variants of the LMF algorithm in the literature.

The main aims of this talk are: Provide an overview of the LMF algorithm, Present different variants of the LMF algorithm, Show how various challenges are dealt in these LMF variants, Introduce other potentially related LMF-based algorithms for timely applications, such as distributed signal processing, communication, IoT, 5G, and beyond, and finally use of machine learning, neural networks and artificial intelligence in specifying the statistics of the input signal and the noise to come up with the right algorithm.